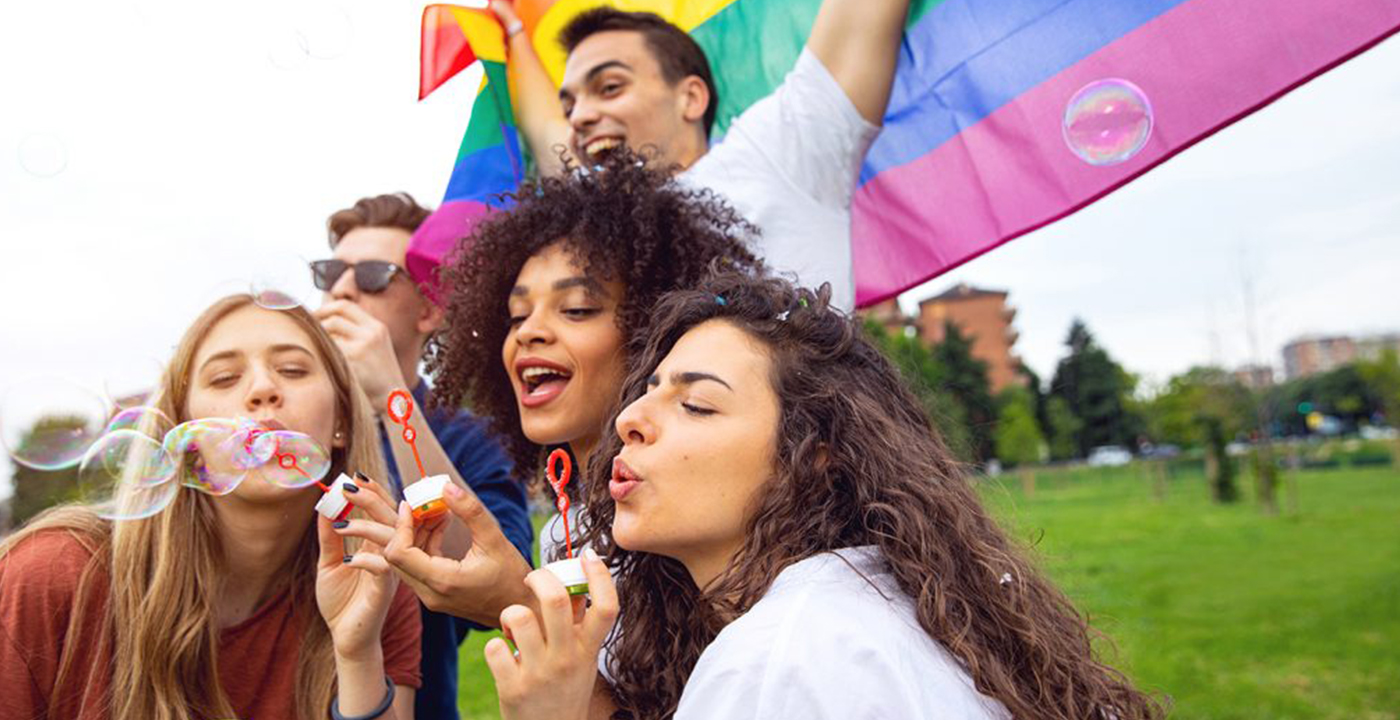 "A History of Shared Activism"

‍Everyone has the right to well-being, no matter what you look like, where you come from, or who you love.

Every June, people all over the world celebrate the LGBTQ+ community with parades, awareness campaigns, festivals, and everything in between. While many of the usually massive events are going virtual for a second year in a row, the themes of acceptance and love that Pride month embodies can still be felt in a very real and human way.

After a year marked by long overdue social reckonings and calls for systemtic change, it’s important to remember that tolerance and freedom of choice – things many people take for granted – are not equally guaranteed.

Pride month is about more than rainbow logos and once-a-year trips to the local drag show. It’s a chance to acknowledge and listen to a long-oppressed community and take time to honor the activists & heroes who dedicated their lives to making the world a little more welcoming to future generations of LGBTQ+ people everywhere.

The movements for LGBTQ+ rights and cannabis legalization share a long history.

On June 28, 1969, the Stonewall Riots began at a longtime queer bar in Manhattan. Six days of protests became the catalyst for the worldwide LGBTQ+ rights movement. One year later, the first-ever Pride parade marked the anniversary of the event, and the beginnings of Pride month were born.

Across the country, San Francisco was the center of the counter-culture movement that defined the late 60s and early 70s. People from all backgrounds flocked there to build communities that embraced differences and helped otherwise marginalized populations flourish. Cannabis use was widely accepted, celebrated and encouraged among these merry misfits. A thriving LGBTQ+ community blossomed among the hippies and flower children, and San Francisco became a beacon city for queer people young and old.

One of the first leaders in the cannabis legalization movement was Dennis Peron, a gay man and Vietnam veteran, who came to San Francisco after his time in the war and began selling cannabis to his friends & neighbors. When the AIDS crisis devastated the San Francisco LGBTQ+ community in the early 1980s, Peron saw firsthand how cannabis helped ease the suffering of early AIDS patients. He quickly became a vocal advocate for the legalization of medical marijuana.

After his longtime partner lost his battle with AIDS in 1991, Peron helped organize the passage of Proposition P, a bill that allowed for the medical use of cannabis within the San Francisco city limits. He opened the first public dispensary, the San Francisco Cannabis Buyers Club, later that year, and went on to coauthor California’s Proposition 215 — the 1996 bill that became the nation’s first medical cannabis law.

Peron wasn’t alone in his work. In the early days of the AIDS epidemic, long before pharmaceutical treatments were available, cannabis was the go-to for patients who had no other options. Mary Jane Rathbun, a volunteer in the AIDS ward at San Francisco General Hospital, began baking and distributing cannabis-infused brownies to patients, eventually becoming known to everyone as “Brownie Mary.” She worked alongside Peron to help pass Proposition P and open the San Francisco Cannabis Buyers Club. Brownie Mary spoke to medical conferences and physician’s associations about how cannabis helped AIDS and cancer patients find a better quality of life. She coauthored Proposition 215 with Peron and continued her tireless activism throughout her life – even releasing a cannabis cookbook that included her famous “magically delicious” brownie recipe.

The work of Brownie Mary and Dennis Peron is widely credited as the crucial first steps in the ongoing cannabis legalization movement. They advocated on behalf of patients and forced physicians and researchers to start viewing cannabis as a viable medical treatment. Their tireless activism spurred on both the cannabis legalization and LGBTQ+ rights movements as we know them today, and tied the two communities together in a way that helped turn their combined pain into outreach, action and change.

Societal views on cannabis have changed drastically over the years, leading many celebrities and public figures to become vocal about their own cannabis use and their desire to see it legalized. Lady Gaga, an icon and fierce activist for the LGBTQ+ community, openly talks about how she uses cannabis to relieve her painful fibromyalgia symptoms and inspire creativity. Melissa Etheridge, one of the first music stars to be openly gay throughout her career, relied on medical cannabis when she was going through treatment for breast cancer. Queer Eye’s Jonathan Van Ness is a vocal supporter of cannabis legalization, and talks about how it helped ease his anxiety about going public with his HIV+ status.

One of the most vocal cannabis activists in the queer community is Laganja Estranja, a non-binary drag performer who rose to fame on RuPaul’s Drag Race and quickly became an icon in the LGBTQ+ and drag worlds. They were featured in High Times and on the cover of Dope Magazine, the first time an LGBTQ+ advocate appeared on the cover of a cannabis publication. Laganja has collaborated with cannabis brands to create limited-edition products in their name, and often speaks out on the need for more queer creators and business leaders in the cannabis industry.

Cannabis culture has always centered on empowering people to be themselves, unashamed and unquestioned.

At the end of the day, the cannabis industry is what we decide to make of it. It’s no secret that there is a huge need for improvement and greater inclusion in the industry, but steps toward positive change are being made every day. Cannabis culture has always centered on empowering people to be themselves, unashamed and unquestioned.

Most medical and recreational cannabis companies across the globe uphold a common mission: they want people to feel good. Everyone has the right to well-being, no matter what you look like, where you come from, or who you love.