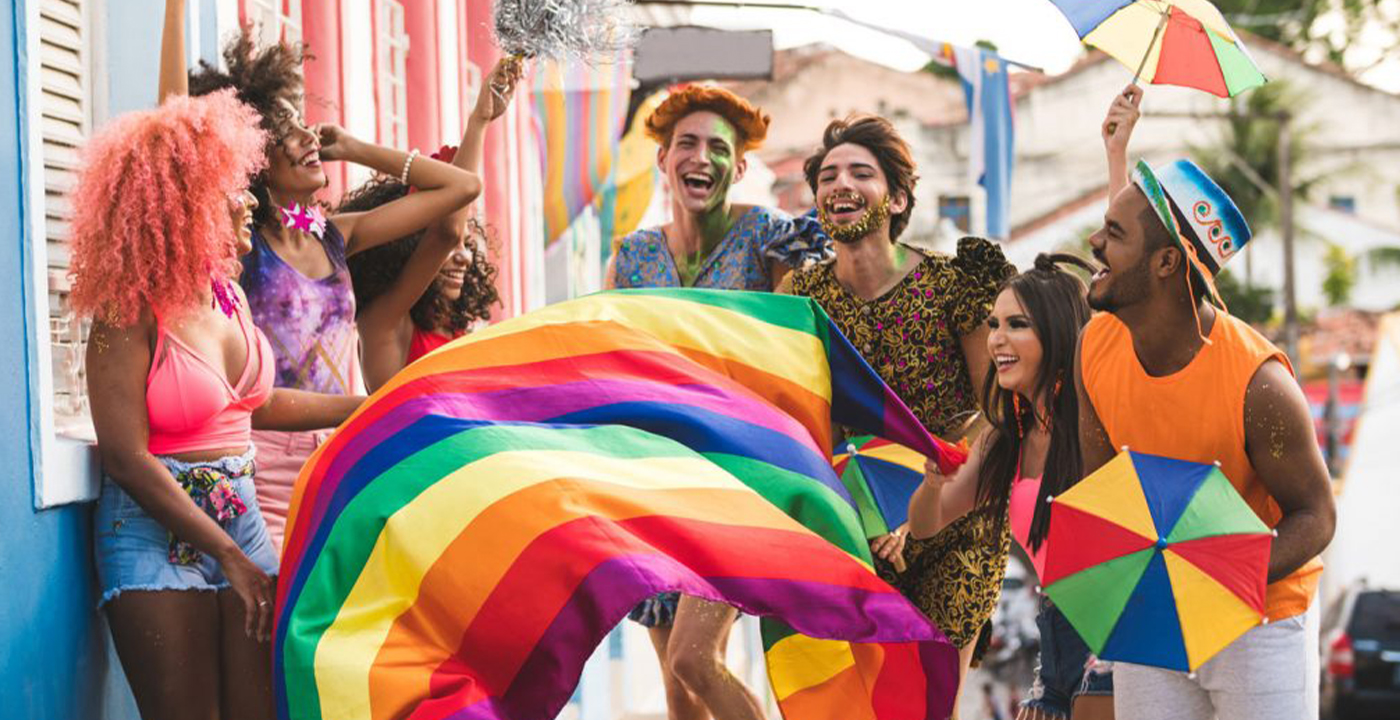 "Cannabis culture’s inclusivity empowers people to be themselves, unashamed and unquestioned."

This month, LGBTQ+ Pride parades, awareness campaigns and celebrations are exploding with joy and love around the world. Rainbow colored flags jubilantly dance through city streets. Over time, the colors have changed and taken on new meanings, but the flag as a whole remains a symbol of LGBTQ+ identity, peace and solidarity— all worth celebrating year-round.

During this time, it’s important to remember that social tolerance and freedom of choice aren’t easy to come by. Is it possible to live in a society that not only values inclusion and tolerance, but openly celebrates them? We’re not there yet, but positive change is underway.

Today, LGBTQ+ leaders continue to speak out on behalf of those who still face bigotry with the hope of forging a kinder world. Many of the people inspiring change speak from within a growing haven for social inclusion—the cannabis community.

After the Stonewall riots of 1969, June became the official Pride Month to highlight LGBTQ+ rights. Police raids on gay bars were routine in the 1960s. The raid on June 28, 1969 at the Stonewall Inn in Manhattan, NY was a turning point. Mass riots followed. Today, many consider that night to be one of the most important catalysts for LGBTQ+ emancipation.

The Civil Rights movement, the anti-Vietnam War movement and 1960s counterculture phenomenon shed light on a broken society. Systems that were meant to uphold freedom and equal rights were questioned and overturned. The legal right to cannabis access clung to the coattails of the liberation movement.

When the HIV/AIDS crisis hit in the 1980s, discrimination of LGBTQ+ patients left many without the necessary medication to manage symptoms and slow the disease’s progress. Cannabis, although illegal, became the go-to alternative because it helped relieve the symptoms of wasting syndrome. Many physicians and researchers saw first-hand how much cannabis could help and advocated on behalf of patients. They tirelessly petitioned to reschedule marijuana for HIV/AIDS patients to have legal medical access. But the federal government wouldn’t budge.

In response to the legal barriers, activists within the LGBTQ+ community adopted cannabis legalization into their continued fight for fair treatment. Dennis Peron and Mary Jane Rathbun, both members of the LGBTQ+ community, fought for medical cannabis rights in the 1990s when the Bay Area was under siege by the HIV/AIDS epidemic. Peron’s partner, Jonathan West, died from AIDS in 1990. In 1996, Peron coauthored San Francisco’s Proposition 215—the bill that passed the nation’s first medical marijuana law.

Today, LGBTQ+ entrepreneurs are paving the way for inclusion in the cannabis industry. Cameron Champion, Executive Director at Surterra, is our own inspiring leader in the industry. Today, we celebrate five years since the company’s launch when Cameron joined as our fourth employee after selling his own tech company and serving in our military under “Don’t Ask. Don’t Tell.”

If everyone had to conform or hide part of what makes them great, we wouldn’t be able to have a positive effect.

Cameron sided with cannabis after losing some faith in traditional medicine while helping family members battle cancer. Cameron is driven by a purpose: to leave the world better than you found it and do things that are bigger than yourself. Today at Surterra, he works to ensure everyone has equal access to medical cannabis.

HollyWeed Manufacturing & Extracts Inc. is run by founder and CEO Renee Gagnon, a transgender woman and pioneer in the Canadian cannabis industry. She mentors minority entrepreneurs who want to start a career in cannabis.

You can be out in cannabis. You can raise capital. You can pitch in front of Wall Street and they have to take you on your merits now. It’s a new world.

“My responsibility is to show people in the LGBTQ+ community that you can be out and be a company CEO,” she says. “You can be out in cannabis. You can raise capital. You can pitch in front of Wall Street and they have to take you on your merits now. It’s a new world.”

The cannabis industry is definitely the most inclusive community and industry that I’ve ever been a part of professionally.

Another LGBTQ+ business leader, Josh Crossney, CEO and founder of the Cannabis Science Conference believes that “the cannabis industry is definitely the most inclusive community and industry that I’ve ever been a part of professionally.”

At the end of the day, the cannabis industry is what we decide to make of it. There’s a lot of room for improvement and greater inclusion. Change is positive and moving in that direction. It stems from a growing acceptance of diversity. Cannabis culture’s inclusivity empowers people to be themselves, unashamed and unquestioned.

Most medical and recreational cannabis companies across the globe uphold a common mission: to give people the opportunity to feel good and live well. Everyone has the right to well-being, regardless of race, gender or sexual orientation. At the heart of this mission is the sentiment, “embrace your true self, be who you are and live life proud.”